So, while I'm no longer a practising Jew, or even close, I decided Christmas day was a good day to go back to my roots so to speak.

I was going to be alone for the day, so I decided that a tranditional Jewish Christmas day would be good. I had lunch at the local Kosher Deli, which in an of itself was fun, because the first thing I noticed as I walked in where the movies and times they were playing at the local multiplex. So I walked in laughing and said, so you'd think it was Christmas!

"Well we've even got some of the rooms prepared for the rush" and he told me how they had several of the rooms setup for the different movies that were playing. How they figured since it's the same thing every year, they'd just enjoy it more. He said he was impressed I beat the rush.

"Yeah, well I figured I eat first, this way I don't spend as much on popcorn!"

He said that they do some of their best single day business each year on Christmas day, so they might as well enjoy it and make it more fun.

Sure enough, as I was leaving, the parking lot filled up and people started pouring from their cars...

I went home, watched a couple of movies, and then had Chinese food for dinner!

All in all, a perfect Christmas.

So being alone wasn't terrible. Frankly it was a welcome change from the madness and mayhem around my life half the time, or more.
Posted by Samantha Shanti at 01:45 No comments:

Sunshine and thoughts of people I know. 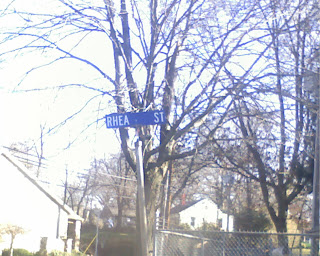 Today is, ack, the day before Christmas! I'm out running errands that have thankfully nothing to do with tomorrow, when out of the corner of my eye I notice the name of this road I've travelled a thousand times in the last year alone. Rhea! I know two very cool people with that name and just had to snap a picture. So, here we have a picture of a street sign because of what it evokes in me, a series of positve memories! Merry Christmas all!
Posted by Samantha Shanti at 12:38 No comments:

Wow! What a difference a day makes

So I'm working on cleaning out the car for a change, so that later I can load it up with stuff to move and decided it time for a break. Which of course is when I looked at the clock. Based on recent experience I figured it was getting toward the end of the day.

...it's what I get for being up so early! So much more daylight to play with this getting up before 14:00! I've already made hotel reservations for tomorrow and I'm somewhat amazed at how the day is going. Jeeze, I must sond pathetic! Time for a nap or lunch or something...

Posted by Samantha Shanti at 14:13 No comments:

Going to be leaving this place behind me son enough! 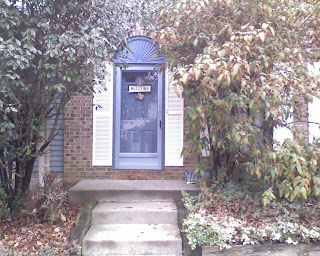 Another few days and this place I've called "home" these past three years will no longer be mine. I'm actually kinda happy about that to be sure, but oh, parting can indeed, be such sweet sorrow. I've grown here, become somehow stronger in the face of some serious violence, and a co-dependent, abusive, roommate who happens to be a drug abusing pschotic, anti-social, control freak. Now I'm looking forward to getting out of here and on with a better, newer healthier life. That's my hope at least, and one I'm going to work hard on making for myself a step at a time.

Posted by Samantha Shanti at 10:22 No comments:

So I've been using lots of spoons of late trying to adjust my sleep pattern toward something more normal. Today is something of an early payoff. It's not even ten as I write this (09:55) and I've been to HomeDepot, Burger King, and Walgreens!
Posted by Samantha Shanti at 09:54 No comments:

Better to light a single candle...

...or is it? What if sitting cursing the dark was the easier, less painful way of a dealing with a simply horrific life? How about knowing you could sit being miserable in the dark for the rest of eternity as penance for crimes against yourself you didn't commit?

What if the unknown of taking a single step by the light of a lone candle was potentially far more horrific than all that you've already lived through? What do you then do? You find, even create and defend your own brokeness!

More to follow...
Posted by Samantha Shanti at 01:41 No comments:

Okay, if this isn't really easy! 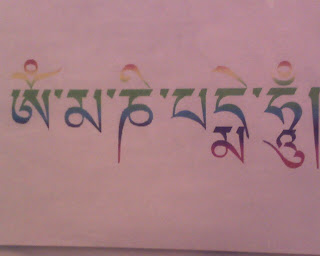 I really don't know how or what is then. This isn't technology gone mad as much as expression and self publish made really easy! This is a picture of a famous mantra;

Seriuosly, this is what it looks like hanging on the wall next to my bed So I know for sure I can do the picture a day right from my phone... AAaaaa mazzzz ing!
Posted by Samantha Shanti at 10:19 No comments: Wow, if this isn't technology gone mad! I can type a mail into my "smartphone" and send it directly to my blog. Including pictures if I'm of a mind to that is...

So this will be short, though it bodes well for my sisters thought of a picture blog in the near future... Well, this will be a short test of the concept.
Posted by Samantha Shanti at 09:58 No comments: